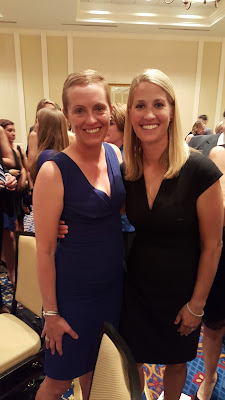 A week ago, I traveled to my Alma mater to celebrate the 20th year anniversary of Duke Lacrosse - which I was fortunate enough to be a part of from 1998 to 2001.  To commemorate the incredible program players from varying years were asked to speak on "What affect did playing lacrosse at Duke have on them?"  As I sat in the audience, listening to their speeches, I was struck on how similar the sentiments were, even though we all played during various years and stages of Duke Lacrosse.  I also found myself reflecting on my own time at Duke and wondering, now that I'm almost fifteen years from the experience, how did playing lacrosse in college affect me?  The following would be my answer:

In 2012, I entered a hospital to be induced with my first child, who was showing no signs of coming out.  While we were going through the initial paperwork, the nurse asked me one fateful question: "What is your pain tolerance on a scale of 1-10?"  Immediately, I found myself in a moral dilemma - Do I go with a low two, and set the bar way low, so then if I scream for an epidural after one contraction all the nurses will turn to each other and say, "You know, she said a 'two' and got through ONE FULL contraction.  What a trooper!?  I didn't think she was going to make it through getting her IV placed in her vein.  She really out did that '2.'"  No, I couldn't do that.  I couldn't do that because as soon as I went to say, "Well, I think a three would be generous," I heard the voice.  For those of us who have played lacrosse at Duke, we know this voice.  This voice talks to us almost every day.  It says, "You can apply for that Masters Program," "You can perform that brain surgery, " "You can sprint at the end of that marathon," "You can bring in the groceries with one hand, holding your child and opening the door with your foot," "You can face any challenge life brings, and you are definitely a 9 to 10 on the threshold of pain."  This voice is Kerstin Kimel, my coach for four years and the powerful leader of Duke Lacrosse since its conception.

For my four years, Kerstin, along with amazing coaches, expected everything out of us.  She expected us to show up, play, sweat, overcome, join together and do something greater than we thought possible.  Of course, the execution of these expectations were not always 100%, but the important part was that she and our coaches never gave up on us.  They saw something greater in us than we, as 18 to 22 year olds, saw in ourselves.  We saw our limitations and they saw our greatest potentials.  That's an amazing and life altering experience to go through, and once you've lived under that voice and that confidence, that high bar becomes the norm.  So, when I graduated, and I imagine my other teammates could testify to the same effect, I relied and clung to that voice.  That voice was my calm in the storm, my rally in the face of battle and my reminder that I would do better the next day.

Kerstin was not just a blip on my radar, but someone who will always have an effect on my life.  Her belief, support and encouragement of me has truly made me the woman, wife and mother I am today.  I am honored to be among her players, and will forever be in debt to her for recruiting me and allowing me to see myself in a greater light through her eyes.

Easily, the article is actually the best topic on this registry related issue. I fit in with your conclusions and will eagerly look forward to your next updates. Just saying thanks will not just be sufficient, for the fantasti c lucidity in your writing. I will instantly grab your rss feed to stay informed of any updates. Core Spun Yarn

What Do You Want To Know?

The Writer
A post-athlete, with bad knees, but a zest for life.

Why start this gibber?

A good friend once said: "When my mom told me not to let boys touch me there (pointing to her chest) she meant inside (meaning her heart) as long as they didn't touch THAT everything else was fine."

And The Mountains Echoed

What I'm Listening To 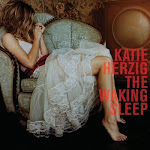 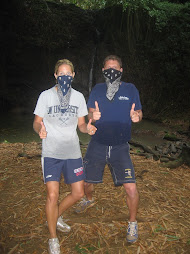 We Had A Baby